When an astronaut who was filming the crew turned the camera toward Earth, he captured not only an image but a concept that would be for many, especially those astronauts, a revelation and cognitive shift. Living on the planet we have limited a ability to view the world around us, and a very small scope of what the big picture might be. These astronauts clearly saw at once, that everything is connected. They were so moved by the awareness and realization of the interconnectedness, unity, and coherence of all living creatures on Earth, that they returned home feeling even though the moon had been the focus of the mission, they were much more impacted by this new view of their home. 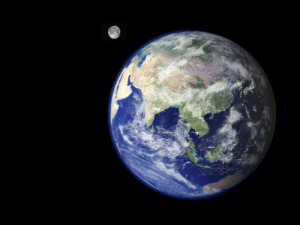 This awakening was recognized by English astronomer Fred Hoyle 20 years prior to the Apollo 8 mission, “Once a photograph of the Earth, taken from outside, is available . . . a new idea as powerful as any in history will be let loose.”

This powerful shift in perspective from a sense of separation to one of interconnectedness or oneness can be a starting point from which to view absolutely everything.

When viewed from space, it’s clear that any boundaries we experience on Earth are man-made. The down side of this can be seen, for example, in areas such as environmental impact. Within our fragile atmosphere, an action in one part of the world, can eventually affect the whole world. This concept also includes a great amount of hope. As one astronaut phrased it, “We are all in this thing together.” What could it mean for our species to view each other that way; a part of a greater whole all sharing in some form of a collective consciousness? And is it no wonder then that we need one another, that we desire shared connection? We are, after all, and as the astronauts clearly saw, already connected. In fact, to live separately, to not view the unity and oneness of things is to ignore the way things already are. 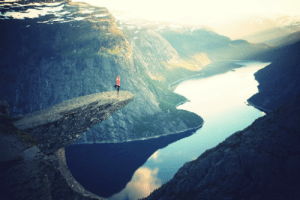 What could it mean for your life? When we each open up to the possibility that our gifts, talents, experiences, stories, insight, etc. are all connected, the possibilities become infinitely more. The individual is essentially unique yet part of greater whole. It’s exciting when you begin to ask, “What is my part in this greater whole?” “What does it mean to be a part of a collective consciousness?” Perhaps we cannot (yet) board a rocket and head out to see the Earth in this new light, but the overview idea; the idea that all things are connected, is one we can adopt in our everyday lives. And it just might change the way we live.